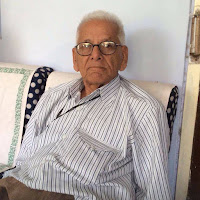 G.A. Bushby, Esquire
Agent to the Governor Gen
Bundelcund
Dated Agra, the 1st July, 1853
Sir,
I am desired to acknowledge the receipt of your letter dated June 3rd, No.19 with enclosures, regarding certain Jageerdars in Jalaun and Kuchwahagarh.

3. It is understood that these were chieftains of consideration, who under the former government, exercised an undefined power, being nominally subordinate and dependant, but virtually more or less free and unindependent jurisdiction of weaken our power of control, and lead them to suppose that they possess right which is impossible that they could ever freely exercise without endangering the public peace. this kind on the part of subordinates chieftains, is not easily compatible with the strictness of rule which is characteristic of the British system. It is difficult to maintain good Government without trenching on the privileges of the chieftains; and it is at the same time impossible to witness tyranny and oppression, without renouncing the obligations which necessarily rest on the ruling power, and endangering the tranquility of surrounding country.

4. But though the undertaking is difficult, and perhaps for a permanency impossible, there is no reason why in each case the attempt should not be made. In the first period of our rule, especially when the pressure of a new and foreign system is likely to be peculiarly harassing, this may for some time be effected by skilful management. The privileges of the chieftains may be respected and maintained, at the same time that the essential requirements of justice and moderation are observed. It is in order to admit of a large discretion of this sort, that provinces when first brought under our rule, are exempted from the operation of regulations.

5. But the exemption from the forms of our system must in such cases be general in order to be effectual. It is in vain to introduce our police, or our revenue system, and to refrain from the establishment of civil courts. Our system stands as a whole; its principals are equal justice to all, and the recognition of rights of all. When we set aside the chieftains authority for the assertion of these principles as regards one class of cases, we must do so as regards all. If the chieftain or his officers are liable to be prosecuted in the criminal courts for an assault, it is impossible that they can of their own authority effectually collect the revenue or administer justice between man and man. The administration must be left entirely in the hands of the chiefs, and the principles, which we are bound to maintain, must be asserted by some other means than through the ordinary operations of our courts, as organized for the Government of our own country.

6. The means to be employed for inducing the chiefs rightly to administer the country left in their charge, must be influence and advice. We are under no obligation to maintain their apparent independence. It is only maintained from motives of policy and prudence, out of consideration to them and from a wish to uphold their privileges, so long as such a course is not inconsistent with good government. The arrangements is one of favour, not right, it should be so stated to them, and the knowledge that such is the case, will be one of the best securities for their future good conduct. No sunnud should on any account be given. Pledges of all kind will but To,

7.The duty of the superintendent will be then to be direct, advice, and control. The ultimate ratio on which to fall back, undoubtedly is the termination of power of administration by the chieftain but this need not be constantly asserted, or offensively paraded. It is a mistake to suppose that nothing can be effected except by an express order. Expostulation, remonstrance, or in extreme cases, threats, are very effective means for bringing about just and benevolent designs. If a chief is himself tyrannical or oppressive, he may be fined for misconduct, and induced to make over his power to some person, who shall act in his name; or he may even be altogether set aside, and another member of the family substituted in his room. The obstinacy of the chief, the contumacy of his subjects, or the intermeddling of the British officer, may at any time bring affairs in to such a state that the maintenance of the system is no longer possible. But the trial should be made. Possible failure of plan should not deter from the attempt to introduce it when its success will evidently be beneficial.

8. It is true that the accomplishment of this purpose requires peculiar tact, and management on the part of the British officer entrusted with its superintendence. It is perhaps more difficult to govern through another than by one’s own authority. Never is the superiority of intellect and —genius more displayed than when objects are thus accomplished through the instrumentality of others, without the visible exertion of one’s own power. If the project ultimately fails, such a result may occur from the injudicious interference or mismanagement of the British officer, as well as from the misconduct of the chief. Still there are many by whom the experiment will be fairly and judiciously conducted. Captain Erskine, the present superintendent is an officer who of all others is most likely to succeed in such an undertaking. There is good reason to anticipate its success so long as he continues at his post.

9. The Lieutenant Governor is therefore disposed to abstain from all pledges or promises to these chiefs, to place them all on the same footing, and to tell them that there is no wish to interfere with their jurisdiction so long as they administer their country well. It is useless to require forms or statements from them. These are no real checks. They only worry and annoy, and they lead to falsehood and deception. They may in future be discontinued. Allegations of injustice or tyranny should always be investigated in such a way as the superintendent thinks best, publicly or privately through the chief or by one of his own subordinates, or by himself in person. Redress for a wrong should be sought through the chief or from him, by remonstrance, or by force. In these as in all other relations, a large discretion must be left to the superintendent, and with him must rest the responsibility of exercising this discretion wisely and justly. Heinous offences must never be punished by the chief without the sanction of the superintendent, with whom would rest the infliction of such punishment as the offender was held to deserve.

10. There is no necessity for keeping the discharge of these functions in the so called political or foreign department. The chiefship are not foreign or independent states, nor is the superintendence, in the ordinary exercise of his administration functions, tied down to the observance of fixed forms. As civil administration of this district under his care, he manages these estates in the manner best suited to their condition.

11. Passing now from generals to the particular cases which have given rise to this reference, advertence will be made to the futures which they assume, and the course which may be followed . रामपुरा राजा के बारे में क्या लिखा गया देखिये

12. The character which is given of the Rajah of Rampoora, in para 18 of your letter, leads to the hope, that he will be found readily accessible to the better influences which may be brought to bear upon him. He must be required to dismiss his Brahmin adviser Bhoran singh Tewaree, who may even, if necessary, be removed from territory and kept elsewhere under surveillance. He may be persuaded to nominate another and a better manager, through whom provision should be made for the fair trial of the sixty one men still in confinement. If unhappily a fine of Rs.1.000/- is well deserved, and is confirmed, though punishment by fine except for personal misconduct or contumacy, is not a practice to which resort should be had without very strong necessity.

13.The same course should be pursued towards the Rajah of Jaggummunpor , who may be relived from the requisition to furnish returns of crims.

14.The gurreebund thakoor of Sarawan might be left on the same footing and with the more security, because he is represented as a well-disposed and intelligent man, if a contrary practice has not been already introduced under intimation from the most noble the governor General of India in council. If all power of civil administration has been already taken from him, it can not be restored; but every consideration may be shown him which consistency of conduct will admit.

15. It appears that some written pledges have been given to the Rajah of Jaggummunpore and Rampoora, the former of which have been sanctioned by the Government. The Lieutenant Governor would be glad to receive from more precise information on those points. It is desirable not to embarrass the Government unnecessarily with pledges; but if agreements have once been made entered into and ratified, they must of course be scrupulously observed.

16.While treating of this subject, it may be well to mention that no interior village survey should be made of the lands of those Jageerdars. The external boundary of their estate must be determined an marked off wherever their possessions are conterminous with those of other persons; and the external boundaries, so marked off, will be laid down by the revenue surveyor according to the method in use, and this will give the total area of each Jageer. The geographical features of the Jageer may also be given, the village sites, the rivers, the roads, &c. But more then this is not necessary. It will not be requisite to determine either by the scientific or the native method, the amount of cultivated or cultivable land, the character of the soils, &c. Hereafter, if at any time a detailed survey is required it can be made with sufficient accuracy by the native method, but the external boundary marks must be carefully maintained.

17.You will be pleased to provide that instructions to the above effect are communicated by the superintendent to the revenue surveyor. 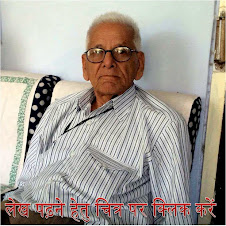